SHARING LEARNING INTENTIONS
Part I: Why

So this course was announced, it said 'Calculations on Elliptic Curves,' which could mean anything.  Didn't mention Fermat, didn't mention Taniyama-Shimura, there was no way in the world anyone could have guessed that it was about that, if you didn't already know.  None of the graduate students knew, and in a few weeks they just drifted off, because it's impossible to follow stuff if you don't know what it's for, pretty much; it's pretty hard if you do know what it's for."
Nick Katz, quoted in Fermat's Last Theorem

Why does sharing the learning intentions of our lessons with students matter?  Part I. 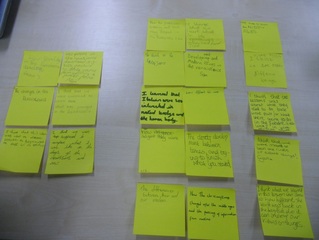 "What do you think you were supposed to learn from the lesson?"
I had increasingly been questioning the effectiveness of my own practice and so I tested this by asking my own classes...  I clearly needed to make improvements.

Part II looks at how we construct learning intentions and how we can share them with our students.

PART III: MY OWN ATTEMPTS 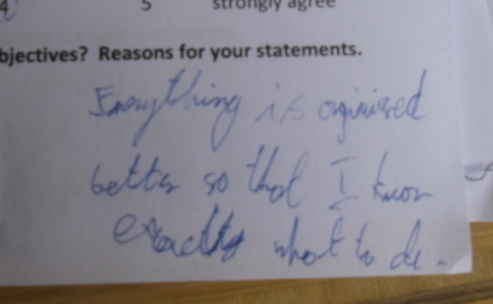 Having argued that sharing learning intentions is important and then highlighted the weakness of my existing practices, it was time to try to improve them...

Part III will look at how I tried to improve my own use of learning intentions and will evaluate well it worked.
comments powered by Disqus
Powered by